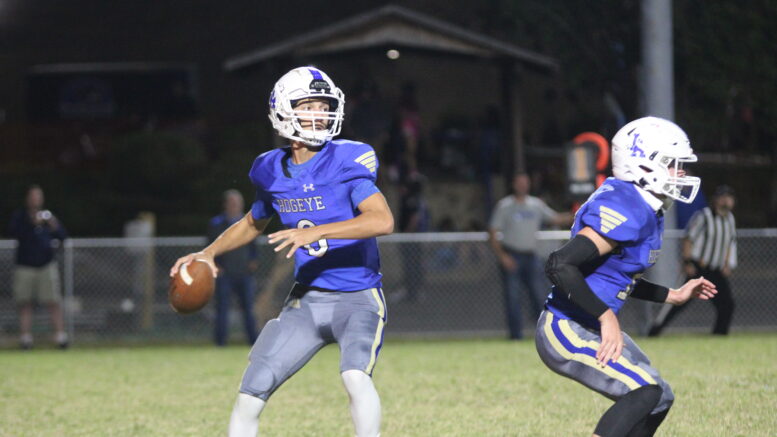 The Livingston Academy Wildcats have their new head football coach, as Matthan Houser will take over the reigns in 2023.

This comes on the heels of LA’s second consecutive 0-10 season, which led to the resignation of former coach Dale Flatt on Nov. 9.

Houser’s former coaching experience includes being the head coach at White County high school, where he was hired prior to the 2012 season. Houser then spent four seasons in Sparta before retiring following the 2015 campaign. Houser also coached as an assistant at LA.

For the new man in charge, it’s a homecoming to a place he says he enjoyed being at when he was a student.

“My career at LA started in 1996 when I walked through the halls as a freshman and I fell in love with it,” Houser said. “It was always a dream in the back of my mind to get back and have the opportunity to run the program…I’ve been a part of the coaching staff at Livingston Academy multiple times in the past. It just felt like the right time to throw my name in the hat.”

Having two sons that just started playing football themselves and a daughter who will attend LA next year made the decision a family one for Houser as well.

As far as what a team coached by him might look like, Houser says he wants to help mold young men into upstanding citizens, and that football is a great outlet for that.

“We focus on developing a family and a brotherhood,” Houser said. “That’s one of the pillars we build our foundation on…we’re trying to produce good, productive members of society. Football is the last piece of that puzzle. From that standpoint, we want to play physical and do the little things. Eliminate mistakes and give ourselves a chance every week.”

It’s no secret that Livingston is coming off of two consecutive lean seasons, though Houser is quick to point out that those are always a possibility at any school. What he knows from his past experiences with Livingston is that with the right people, the program can make it’s return to competing for championships.

“That’s our ultimate goal and that’s what we’re trying to get to,” Houser said. “Livingston’s had a great run in the past, there’s no doubt about it…the foundation is there, and it’s because there’s been so many great players and coaches that have come through here. Every person that’s played or taken part of this program plays a huge role in where we are. We want and need all the support we can get. We’ve been lucky to be blessed with a lot of things that go well in this community, we just want to build on that.”