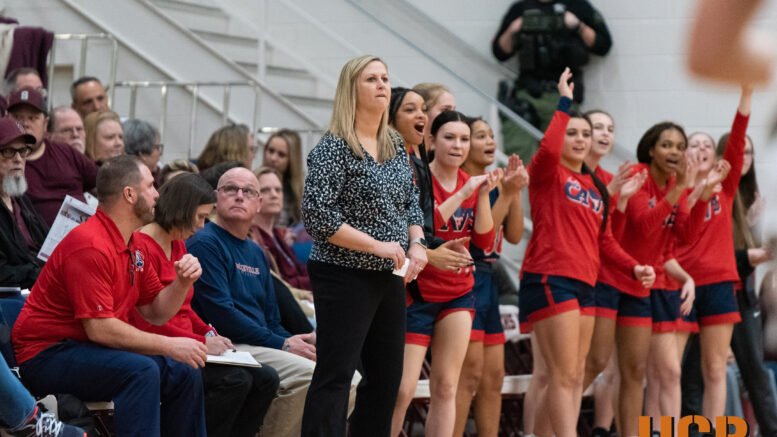 Friday’s contest was a revenge game for the Lady Cavs as Blackman defeated Cookeville in their season opener, 63-37.

Cookeville trailed a majority of the game before taking the lead late and holding on defensively.

After a neck-and-neck first half, Blackman led 19-13 at halftime. The Lady Blaze extended their lead to 8 points (23-15) early in the third period and led 29-25 going to the fourth quarter.

In the final period, Cookeville trimmed the Blackman lead to one possession (34-31) with 4:35 remaining.

The Lady Cavs finally broke through with 3 minutes left as a Cassie Gallagher steal led to a Jordan Gillies transition layup to put Cookeville up 35-34.

Gallagher extended the lead to 3 points (37-34) via two free throws with less than two minutes remaining. Following a defensive stop, Macy Hudson put the game on ice from the free-throw line with 25 seconds left as she made two to put the Lady Cavs up two possessions, 41-37.

Following the Hudson free throws, Cookeville held Blackman without a shot attempt for 24 seconds to preserve the 41-37 win.

Be the first to comment on "Lady Cavs defeat powerhouse Blackman, 41-37"