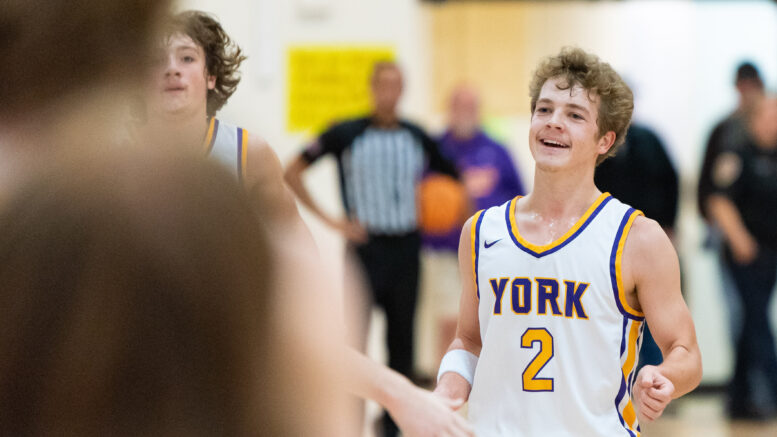 The York Institute Dragons and Dragonettes cruised to two dominant District 5AA victories Friday evening as they swept Bledsoe County. The girls won 86-10 before the boys won by an 86-33 final.

In the girls game, York’s Emy Crabtree posted 23 points to lead the Dragonettes (19-2, 3-0) to a dominant District 5AA victory. Ellie Leffew posted 14 points along with 12 by Gabby Beaty and 10 from Reese Beaty.

York led 60-4 at halftime en route to their 76-point win. The Dragonettes have now held two district opponents (Bledsoe, Sequatchie to 10 or fewer points this season.

The Dragonettes are scheduled to take a week off before traveling to Sequatchie County on Friday.

In boys action, the Dragons put an 86 on the scoreboard for the second time that night as they defeated Bledsoe County, 86-33.

The Dragons improve to 12-8 overall and 3-0 in District 5AA play. York is scheduled to play next at Sequatchie County on Friday, Jan. 21.