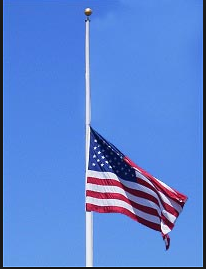 The Mayor of Livingston is honoring two town sanitation employees who were killed after a vehicle lost control and crashed into the back of a garbage truck where the employees were standing.  The driver of the vehicle was airlifted and is currently in critical condition.

BY THE MAYOR OF THE TOWN OF LIVINGSTON

As a mark of respect for the Town of Livingston employees that lost their lives, Tuesday, November 10, 2015 in Livingston, by the authority vested in me as Mayor of the Town of Livingston by the Constitution and the laws of the United State of America, I hereby request the flag of the United States shall be flown at half-staff at City Hall and upon all public buildings and grounds until sunset, November 15, 2015.

Candlelight vigil will be held on the Livingston Courthouse Square, Thursday, November 12 at 5:00 p.m.