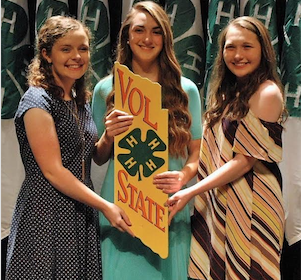 These 4-H’ers earned their trip to Roundup by competing with their project portfolios, which is a record of their project work and participation in 4-H activities and being named a State Finalist in their project. During the week, 4-H’ers competed in project interviews, attended sessions on leadership and team building, toured the campus and learned about different college and career paths and participated in service learning projects. 4-H’ers also participated in electing a new State 4-H Council; made up of 11th and 12th grade 4-H’ers from across the state. Shelby Mainord was elected as State All Star Deputy Chief and will help conduct and coordinate state all star events for the next year.

The highlights of the conference included the Awards Banquet were the State Winners were announced and the Vol State Ceremony. To be named a state winner, a 4-H’er must have the highest score in their project portfolio and in a project interview. Putnam County had one State Winner, Emily Welte, Level 2 Winner in Forestry, Wildlife, Fisheries Project, recipient of $500 scholarship. Emily will attend National Congress in November. Shelby Mainord was named a FCS Leadership finalist. Vol State is the highest recognition level in Tennessee 4-H. It is awarded to 4-H’ers who have been outstanding members at county, region, and state levels. Putnam County had three recipients, Shelby Mainord, Hannah Steger, and Emily Welte. Congratulations to all of these 4-H’ers on their hard work and achievement. 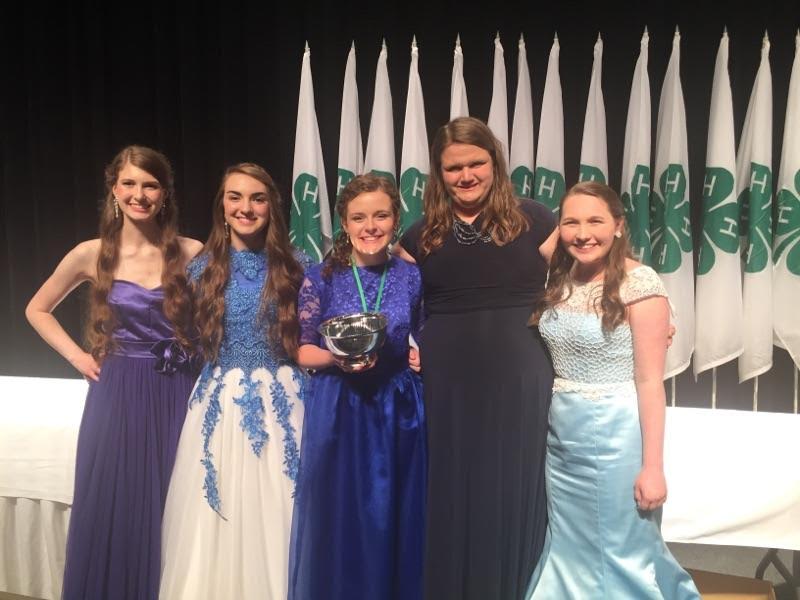 Ribbon Cutting for “Monogramming by Sherri”