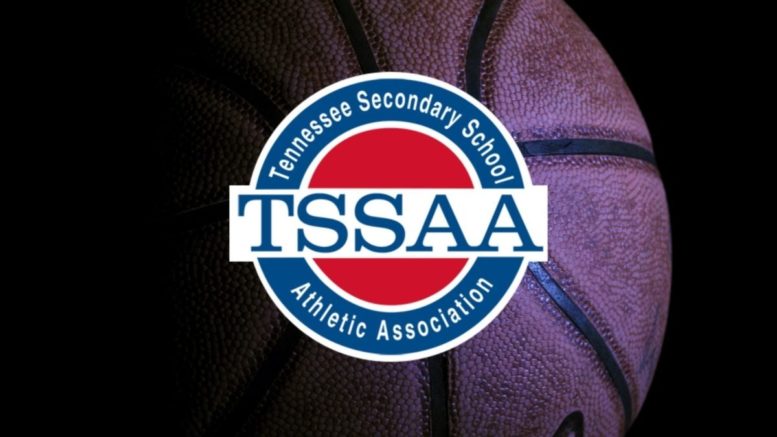 MURFREESBORO, TN- The Macon County Tigerettes started their journey in the 2020 TSSAA AA state girls’ basketball tournament in dominant fashion with a 71-50 win over Maplewood on Thursday in Murfreesboro.

The Tigerettes were propelled by strong performances by Miss Basketball Keeley Carter and Jalynn Gregory as they advanced to the semifinal round of the tournament.

“We did great,” said MCHS head coach Larry White. “We did a really good job. I think we just wear on people. Our defense was great today. They really had a hard time stopping us.”

The top-ranked Tigerettes raced out to an 11-point lead five minutes into the game with the help of five quick points by Carter. Maplewood then battled back with four straight points to make it 15-8 with 2:26 remaining in the opening frame. Carter made a layup in the final seconds to give the Tigerettes a 23-13 lead at the end of the first.

Macon County continued their strong play in the second quarter. Abby Shoulders buried a three to stretch the lead to 35-20 with 4:00 remaining in the first half. The teams then traded baskets throughout the rest of the quarter as the Tigerettes took a 45-31 lead into halftime.

Gregory buried a three through a foul and made the free throw to give the Tigerettes an 18-point lead in the third quarter. MCHS held a 61-44 lead at the end of the third, and cruised through the fourth quarter as they secured the 21-point victory.

“We did a great job finishing around the basket today,” said White. “I’m really well pleased today. Our game plan was good.”

“I think we both have different strengths which helps the team out a lot,” said Carter on herself and Gregory. “I feel like I’m better at driving and Jalynn’s better at the threes. I feel like it’s a good combination.”

“It definitely helps a lot having everybody collapse on (Carter) and being able to be there and be open,” said Gregory.

The Tigerettes will return the court Friday when they will take on Nolensville. The game will be played in front of a small crowd after the TSSAA announced the remainder of the tournament will be played in front of “the team party (23-person maximum including varsity players, coaches, and team support personnel), their immediate families, and school administrators of the qualifying schools,” due to the concern surrounding the spread of COVID-19 (Coronavirus). Credentialed media will also be allowed to attend.

“I understand how serious what we’re dealing with (is),” said White on the COVID-19 situation. “We’re going to do our very best that that is not a distraction for us. I just hate it for our fans because we’ve got them.”

Tipoff between Macon County and Nolensville is set for 2:45 p.m. at the Murphy Center.