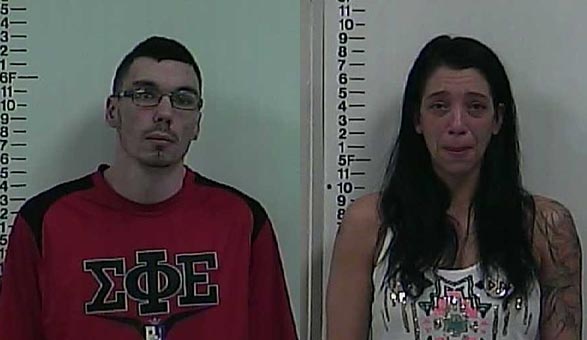 PUTNAM COUNTY, TN (May 29, 2020) — The Putnam County Sheriff’s Office has arrested the parents of a five-month-old infant for child abuse.

Dulaney Collums, 26, of Houston, MS. and Kayla Crowe, 31, of Monterey, TN. have been arrested for 3 counts of aggravated child abuse.

Since the investigation began on February 27, 2020 investigators learned that on January 21, 2020, a concerned family member took the child to Vanderbilt Children’s Hospital for injuries.

The baby’s guardian had been out of town and had left the baby in the care of the mother and father. When the guardian returned the baby had visible injuries that necessitated a trip to the hospital. The guardian was unable to secure custody of the child when she moved out of state on January 24, 2020.