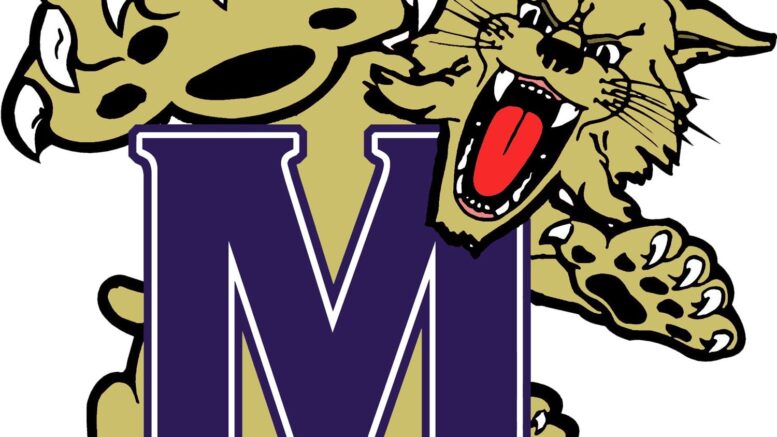 MONTEREY – The Monterey High School Wildcats continue to make a statement as they work their way through the early part of the 2020 football season. The Wildcats rolled over visiting Pickett County 47-12 Friday night to move to 3-0 on the year. It was their 13th win in the last 14 games, and their 16th consecutive regular season win.

More important for opponents to take note of, the Wildcats scored four times on the ground and three more times through the air. It was probably one of Monterey’s most complete games of the season.

“Any time you can win a football game it is a blessing,” said Monterey coach Scott Hughes. “We talk about that all the time with our kids. We want them to enjoy the blessing of getting the win and enjoy that feeling because we’ve been on the other side of that as well. Two of the three wins this year are region games and that is important to us when you look at trying to play in November.”

Monterey scored on all six of its possessions in the first half to put the game away early. The Wildcats received the opening kick and on the first play from scrimmage Matthew Montgomery hit Chandler Bowden for a 50-yard touchdown strike.  Abner Felix missed the extra point, but the Wildcats led 6-0.

The Wildcats recovered a fumble on Pickett County’s ensuing possession and drove 67 yards in eight plays for another score. This time, Mason Bowman ran it in from 16 yards out. Eli Saylors got the two-point conversion and MHS led 14-0 with 7:05 to go in the first period.

“Our kids are working really hard and we challenge them every day because we have high expectations,” Hughes said. “The guys are starting to mature and tonight I think you saw some of the benefits of that. We’re starting to see some growth on offense, and it is making us a little more versatile and gives us some more options.”

Monterey forced the Bobcats to punt on their next possession and promptly drove 43 yards in four plays for another score. This time Mike Allred ran it in from the 1. The kick failed, but on the Wildcats’ next drive, MHS got a 16-yard touchdown run from Logan Sparks to make it 26-0 with 11:22 remaining in the half.

The rout continued later in the period when Montgomery went back to the air and found Byron Borjas for another touchdown. Montgomery moved the ball down the field with tosses to Cayden Jones and Carter Charlton earlier in the drive before connecting with Borjas from 18 yards out.

Pickett County (1-4) got on the scoreboard following the ensuing kick when Kyle Anderson connected with Tyler Moody for a scoring strike. However, the Wildcats answered with seven-play, 63-yard scoring drive. Montgomery took it in himself from the 3. Abner’s kick was good and Monterey took a 40-6 advantage into the intermission.

Both teams added a touchdown in the second half to post the final 47-12 margin.

Monterey will be back on the field Friday night when the Wildcats visit Gainesboro for a battle with Jackson County (4-1). Kickoff is slated for 7 p.m.