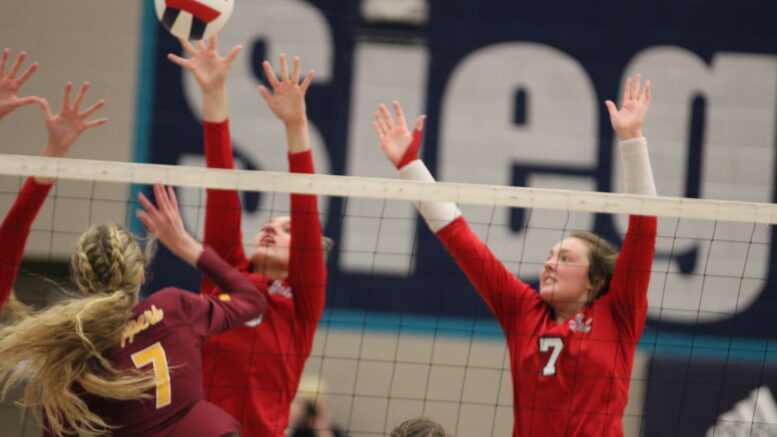 MURFREESBORO, TN – The Cookeville Lady Cavs opened the TSSAA AAA State Volleyball Tournament in dominant fashion with a 3-0 win over Science Hill on Tuesday in Murfreesboro.

The Lady Cavs only trailed once in the match as they advanced in the winners’ bracket, moving one step closer to a state championship in front of a pro-CHS crowd.

“I’m almost speechless at this point, just because of the crowd that came from Cookeville,” said CHS head coach Jami Cherry. “That was a huge push for us.”

Cookeville dominated the matchup from the opening serve, racing out to a 25-15 win in the first set with the help of strong serves and play at the net.

The Lady Cavs continued to roll through the remainder of the match, taking set two 25-15 and set three 25-11.

“My girls just weren’t satisfied with this year with just coming to the state,” said Cherry. “This year, coming to state was exciting, but they’re hungry. They want more.”

Blake Cherry led the way for CHS with an unofficial 11 kills. Mattie Arnett and Leandra Key each tallied nine.

The Lady Cavs will now turn their attention towards a second-round matchup with the Brentwood Lady Bruins. Brentwood has won seven straight state championships. Cherry said the experience of her team leads them to be excited, not nervous, about a matchup with BHS.

“Knowing that we have Brentwood… is exciting for us,” said Cherry. “In the past, we would be scared of that, but we are very excited about playing them in the second round.”

The Lady Cavs set the tone for the tournament with the dominant win.

“When the girls walked into the gym today, there was never a doubt in my mind we were going to play the best we could possibly play,” said Cherry.

The matchup between the Lady Bruins and Lady Cavs is set to begin at 9:30 a.m. Wednesday at Siegel High School in Murfreesboro. 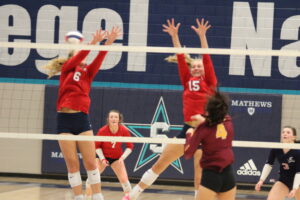 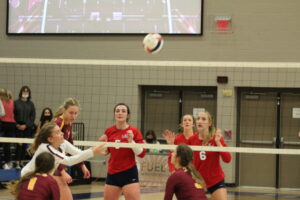 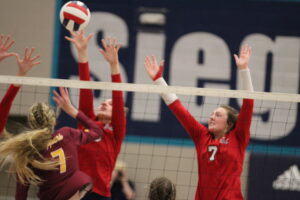 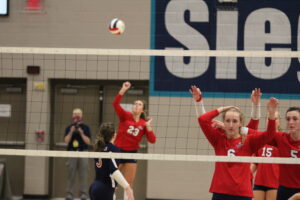 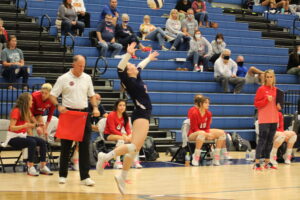 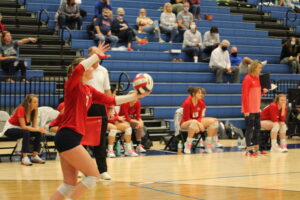 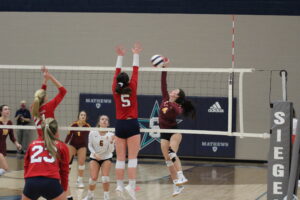 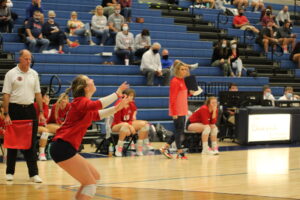 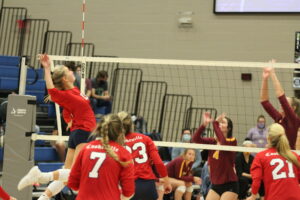 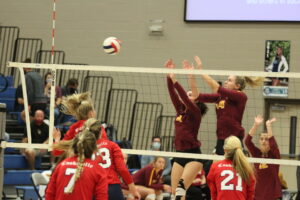 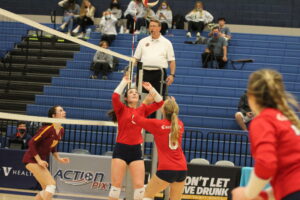 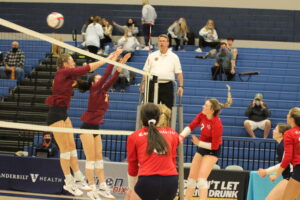 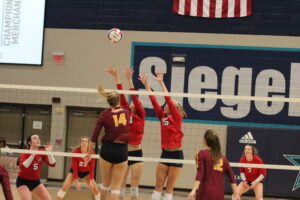 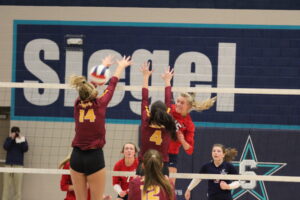