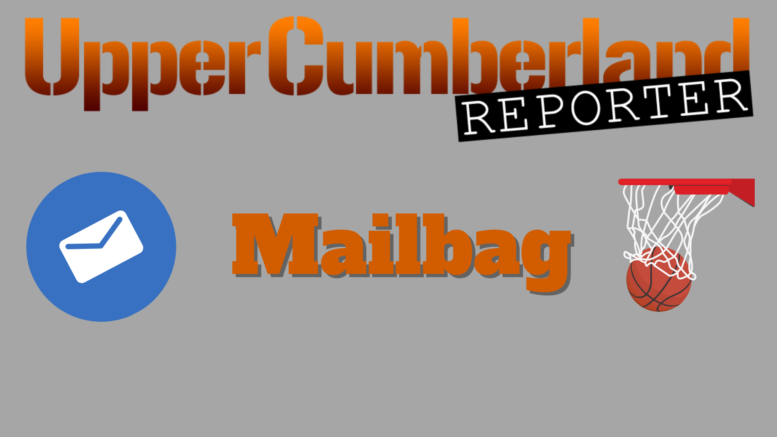 The new UCR mailbag will be published weekly! This is where I will answer any questions you have on sports in the Upper Cumberland! To be featured in the mailbag, send your questions to noah.ucreporter@gmail.com. We got some great questions for the first week, let’s get into it.

This is a tough question, because there are way more than five underrated boys’ players in the Upper Cumberland. One of the reasons I love my job is we get to show a lot of talent that goes unrecognized by those around the state. I’ll give it a shot though (in no particular order).

Gore is a lethal sharpshooter and strong defender. It’s amazing to me a Division 1 school hasn’t made a strong push for him yet (to my knowledge). Easily a top player in the Upper Cumberland, but doesn’t seem to get recognized as much as others.

There was a set of games in which Grant Slatten and Kade Clark were both out, and Paul showed his skillset averaging over 30 a game. Slatten rightfully steals headlines, but Sparta wouldn’t have won 20 games without Paul.

There may not be a better player when it comes to creating energy (and taking charges) than Reeves. If you watch a Cookeville game, I guarantee you’ll leave impressed by his play.

LA’s big man doesn’t get many headlines, but he does his job very well. His size gives him an advantage over most, but he has the skillset to back it up.

A similar story to his teammate Lucas Reeves. Gilliam is an energizer for the Cavs. When they need a big shot and Gilliam takes it, there’s a great chance it is going in.

“Do you have the bracket for the District 6/AAA tournament?” 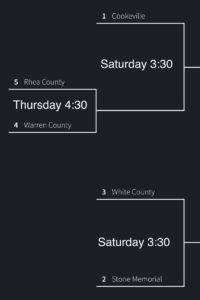 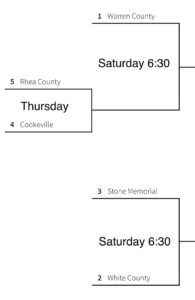 “I hope you broadcast the tournaments this year, you do a wonderful job”

Thanks, Vickie. I appreciate it. We will be broadcasting games (up to the state tournament) live on our Facebook page, starting Saturday for Stone Memorial vs Sparta in girls’ action. If you would like to help us cover the fees the TSSAA charges us, you can purchase an Individual Sponsorship for $25 a game! More information can be found on our Facebook page.