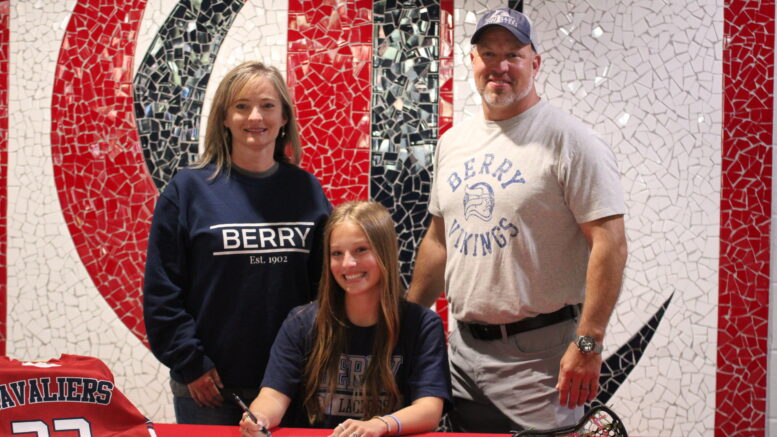 Cookeville senior Katie Claire Smith took the next step in her athletic and academic journey on Friday, as she signed her national letter of intent to play Lacrosse at Berry College after graduation.

“I feel like a big weight has been taken off my shoulders,” Smith said. “It’s very relieving to be committed and signed.”

For Smith, it’s not just a culmination of her hard work as an individual, but also a sign of how far the girls lacrosse program has come at CHS.

“With lacrosse, we started off and we weren’t very good,” Smith said. “We’ve made big improvements over the years, so that feels good.”

And if you ask her head coach, she’ll tell you that Smith has played a big role in growing the interest around the program and improving the quality of play on the field.

“Katie Claire is the backbone of this team,” said head coach Resa Roberts. “She’s played this sport since she was in fifth grade and recruited almost all the girls on the team at some point. She’s a leader on and off the field, and she’s a great example of friendship and what being an athlete looks like.”

And Roberts believes that Smith will fit in with Berry, especially considering that she’s taken part in different events the school has hosted during her high school career.

“She’s actually done several lacrosse camps down there, so she knows she like the campus and the administration,” Smith said. “She fits in anywhere she goes…she’s made for this.”

For Smith, she says there are things she’ll miss about representing the Lady Cavs program, and at the top of the list is her friends.

“(I’ll miss) my teammates and my friends,” Smith said. “I’m looking forward to meeting new people and my new team, and just getting to go to Berry.” 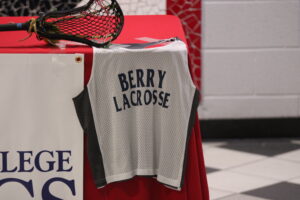 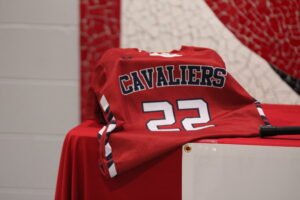 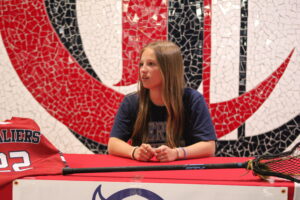 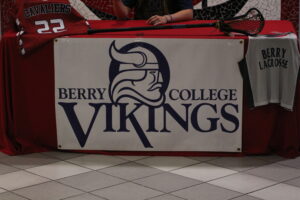 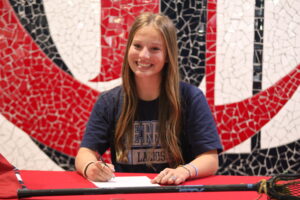 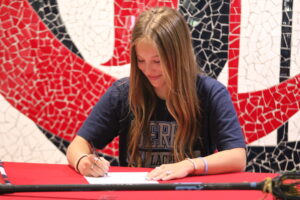 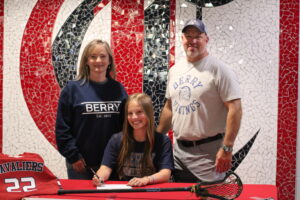 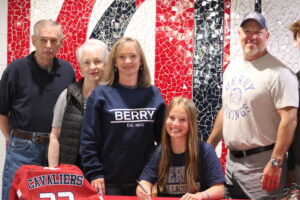 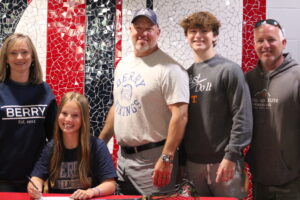 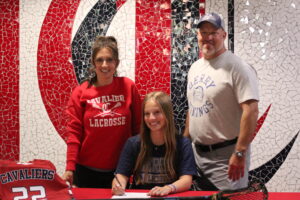 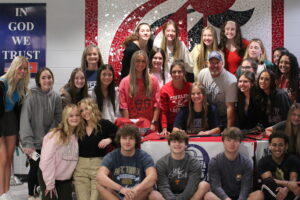 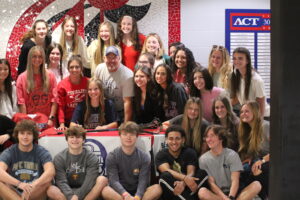