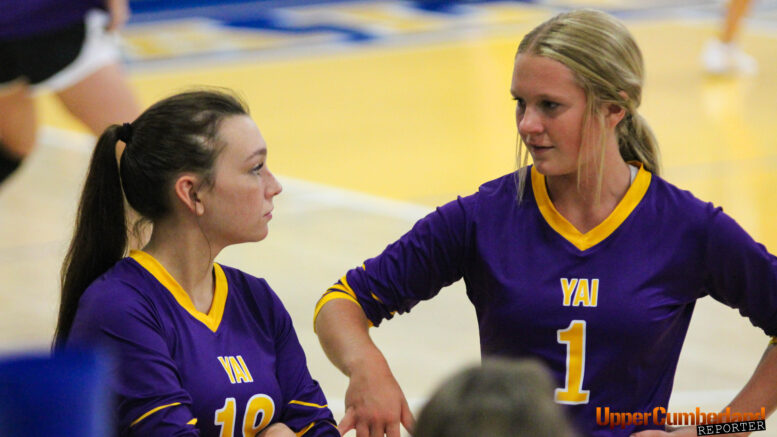 At the start of the Fall sports season, new York volleyball coach Michael Green was very vocal about how this season would be more about growth and development than it would be winning.

In fact, he even claimed that winning one game would be enough for him to be happy about for the season.

Fast-forward to Thursday evening, and the Lady Dragons completed a 14-2 regular season with a 3-0 win over Coalfield, the team they’ll be hosting for the first round of the district tournament.

If Green would’ve been happy with just a single win, 14 wins is something to really celebrate in Jamestown.

“I said all along if we came out with one win, we would’ve been happy and surprised, because we didn’t know anything about volleyball,” Green said. “We actually surprised a lot of people, but more than anyone, they surprised me. These girls are great athletes and they pick up on things really quick.” 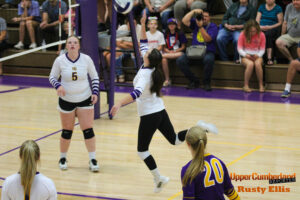 Part of the reason for all the success was the additions of senior Emerson Maier and freshman Cali Franklin. Both moved from out of state, Maier from Florida and Franklin from Georgia, to Jamestown before the season. Those two gave Green not only some experience to pull from, but also essentially two coaches on the floor that could help teach other players on the fly.

“Without them, we probably wouldn’t have won one game,” Green said. “Cali has played since she was in fourth grade, so she helped us when we were getting started. Emerson’s mom actually reached out to me, and she’s helped coach us along…I’ll go to her and ask her what she thinks we need to work on. There’s no way we’re 14-2 without those two, and add in our other athletes, I can’t say enough about how much they’ve all worked to get to this point.”

The lone losses on the York schedule came at the hands of county rival Clarkrange. The Lady Buffaloes opened the season with a 3-0 win over York, but the Lady Dragons made it much closer in a 3-2 CHS win in Jamestown. If you ask Green, he’ll tell you that York should’ve won the match if not for a few points that went awry.

If the Lady Dragons have any aspirations to potentially win a district title, Green knows he’ll have to go through Clarkrange at some point.

“We can come out with a district championship, or we could lose in the first round as unexperienced as we are,” Green said. “We had 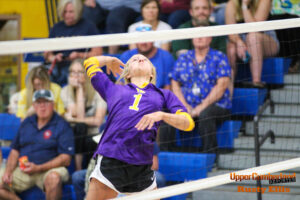 that last match won two or three times, and we just came up short…in crunch time, you can’t hit one into the net or throw away a chance to win. I think this team is very capable of winning a district championship.”

It all starts on Monday, as York gets to host their first-round matchup against Coalfield, the team they just defeated 3-0 on Thursday.

Make no mistake about it however, Green isn’t overlooking anybody based on past results. He believes his team can potentially make a deep run, but they’ll have to play their best ball in order to do so.

“We’re capable of getting beat on Monday night and being done,” Green said. “We’re not expecting anything huge, but at the same time, we’re not planning on going home anytime soon either…maybe we’ll make the state tournament, I’m not even sure if that’s possible. We’re just hoping we can play the best we can and whatever happens happens.”