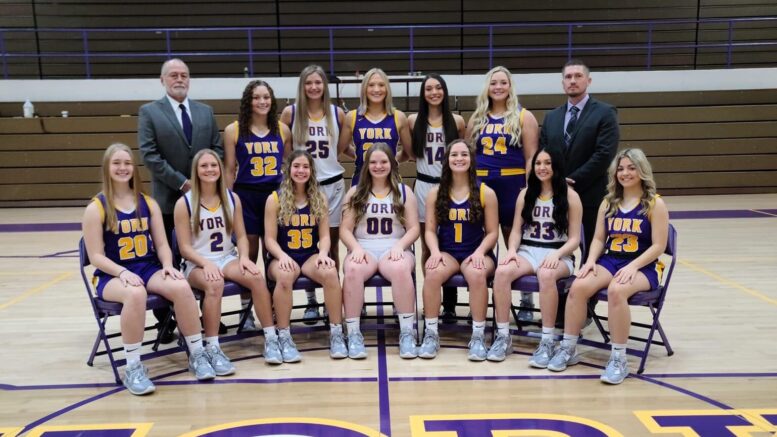 The teams stood tied at 8 after a low-scoring first period. Oak Ridge held a narrow 22-20 lead at the break.

The Lady Wildcats took control early in the second half as they led by as many as 11 in the frame and held a 37-30 advantage going into the fourth quarter.

The fourth was all York as they outscored Oak Ridge 25-10 in the final eight minutes. The Dragons retook the lead with two minutes remaining following a defensive switch and multiple baskets from a freshman.

“We had to change up defensively and start trapping,” said YAI coach Michael Green. “Emma Cooper hit two big shots and we scored off a few turnovers.”

15 of Beaty’s 25 points came in the fourth quarter, including a perfect 8-8 from the free throw line.

Gabby Beaty and Emy Crabtree each posted 10 points in the win.

In boys action, the Dragons, who are still without multiple starters due to football, fell to Oak Ridge 92-54.

Both the Dragons and Dragonettes will be in action Saturday at Manchester’s Hall of Champions. The girls are scheduled to face Warren County while the boys are slated to play Columbia Academy.