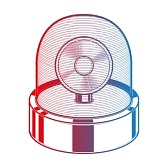 ALARM LEADS TO ARREST FOR BURGLARY

PUTNAM COUNTY, TN – On July 31, 2015, at approximately 11:48 AM, officers with the Baxter Police Department and the Putnam County Sheriff’s Department responded to a burglary alarm at a warehouse located at 455 Ward Mill Road.

This investigation is ongoing and anyone with additional information on this case is encouraged to contact the Putnam County Sheriff’s Office at (931) 528-8484.