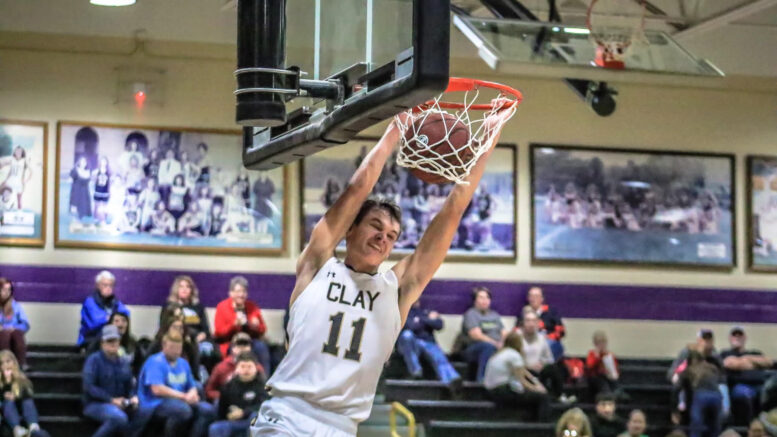 Welcome to the UCR Mailbag! We will be publishing this weekly, and this is the place for you to ask Noah McKay and Rusty Ellis any burning questions you have about sports around the Upper Cumberland. Be sure to send any questions to noah.ucreporter@gmail.com and rusty.ucreporter@gmail.com.

Who are the most underrated boys and girls basketball players in the Upper Cumberland? From Isaac D.

Rusty: Honestly, there are a ton of names that I think fit the bill here, but I’ll give this my best shot

On the girls’ side of things, I feel like there’s no player more underrated than Cookeville’s Bailey Gillies. She plays her role perfectly on offense, has a willingness to take big shots (I.E. her shot against White County earlier this season) and most importantly, she moves well without the ball. When you look at some of the best three-point shooters, they do their best work away from the ball and it’s why they end up with so many great looks. Add in that whenever she’s on the floor, she’s one of the Lady Cavs’ best defenders and she does so without getting into serious foul trouble. Is it a coincidence that just two days ago, she committed to Blue Mountain College? I think not.

As far as the boys go, again there’s a plethora of options, but I’ll give you a name to watch as we get closer and closer to postseason play: Jackson County’s Jordan Arroyo. Everyone that follows this team obviously knows of Ramon Cuevas’ scoring ability around the basket and Tre Monette’s a lethal three-point shooter, but I’m not so sure that Arroyo gets the credit he deserves. His ability to create his own shot in the midrange and finish through contact at the rim will be invaluable as the season wears on and games get tighter. Like Gillies, he’s also a very committed defender and his communication skills at that end help when the Blue Devils switch defenses as much as they do.

Noah: On the girls’ side, I have to go with Jayla Cobb. The Upperman guard has emerged alongside stars Brooklyn Crouch and Abigail Johnson to form a legitimate big three. She can shoot the lights out, is a strong defender and can handle the ball. Entering the year, there was uncertainty about UHS beyond the top stars, but Cobb has stepped up and emerged for a team that has an opportunity to make the state tournament. I don’t think her impact can be understated, nor does she get the publicity her play deserves.

On the boys’ side, I think Nick Choate deserves the nod. The Livingston Academy big man is one of the most complete post-players in the area. He’s versatile offensively and a great defender. I’ve frequently said he is underrated, and I think that continues. He’s been a huge part of a Livingston team that has had a strong start to the district season.

Is Grant Strong the favorite to repeat as Class A Mr. Basketball? From Cody S.

Rusty: At this point in time, I’d say yes. Grant has been just as impressive, if not more so than last year, and I think the Bulldogs are starting to turn the corner as a team. He’s one of the best pure scorers I’ve seen since I started in sports reporting, and he’s made massive strides on defense. I will say this: his biggest competition for the award is in Byrdstown and that’s in fellow class of 2022 member Zach Amonett. Amonett has been on the cusp of being a finalist the last two years, and I’d argue he should’ve been a finalist last season. With how good the Pickett County Bobcats have looked, Amonett should be a lock alongside Strong to represent the Upper Cumberland in Murfreesboro.

Noah: Grant Strong is phenomenal. He’s one of the most complete players I have ever seen. Is he the odds-on favorite for his second straight Mr. Basketball award? I don’t think so. I think it’s a two-man race without a clear favorite between Strong and Zach Amonett. For me, both of them have a great argument to win, and it’ll come down to which star can lead their team to a district title. Both are critical parts of their teams success, so for me, if Clay County wins the district Strong is Mr. Basketball, if Pickett wins, Amonett is Mr. Basketball.

What boys and girls teams are built the most for a run to the state tournament? From Austin S.

Rusty: Whew, once again I think there are a couple answers for this. Basketball runs deep in the Upper Cumberland and every season, there are always a couple teams that represent the area at the Glass House.

I’ve got two answers for the girls, and I’ll start with what I believe to be the easiest answer to this question: Cookeville. They’re 19-0 as of writing this, and while they’ve continued to win games, they have that “job’s not done yet” feel to them. They aren’t satisfied with just being 19-0, they want a gold ball. The team that works the hardest typically has a great shot at winning a state championship, and there aren’t many teams that put in this kind of work. On the AAA side of things, I also really like Livingston Academy’s chances. They defend really well and they create easy scoring chances off of turnovers. They’re also the deepest team in the Upper Cumberland in my opinion, and in a state tournament run, depth matters big-time. The biggest hurdle for them will be the district tournament. 7/AAA is a gauntlet with teams like White County, Upperman and Stone Memorial all putting together good seasons. Some good teams are going to see their seasons come to an end in this district tournament.

For the boys, I feel like this answer has to be Pickett County. I mentioned Zach Amonett earlier, but brothers Will and Jacob (likely the favorite to win freshman of the year in the district) have each had great seasons, and you can’t forget Hunter and Heath Wattenbarger either. Both of them have stepped their games up this season and the Bobcats are red-hot because of players like them. I said it at the start of the year and I’ll say it now: I fully believe they’ll have to beat Clay to win a state title, but on paper, I like Pickett’s chances.

Noah: This is an interesting question, since you asked who is most BUILT for a run to the state tournament, I’m going to simply look at rosters and coaching, and ignore how difficult the path may be for that team to get to Murfreesboro when it comes to competition.

On the girls’ side, the conversation has to start with Cookeville. An unblemished record and a complete team. Their play speaks for itself. Livingston Academy has proven to be a complete team that is starting to emerge as the favorite in District 7/AAA. York’s starting five is one of the most impressive in the state, and I will be very surprised if they do not make it to the state tournament.

On the boys’ side, I think there are two teams I feel comfortable saying will be in the state tournament, Clay County and Pickett County. They will have to play each other several times, but both should make the substate round and both will be favorites. Pickett has a complete squad that is led by a star in Zach Amonett. Clay County can say the same with Grant Strong and are the defending champs. Right now, I think they play each other for the state title.

Who are the biggest sleeper teams in the Upper Cumberland? From Kevin D.

Rusty: For the girls, I think I’ll have to say Pickett County. For a team that has a single senior in Shayla Wood, the lack of experience hasn’t hindered the Lady Bobcats from having a fantastic season to this point. 15-3 with six wins in a row, two of which were wins over top-10 AP teams in Clarkrange and Red Boiling Springs, and all of this has been with a lineup that features two freshmen in Emmy Lowe and Callie Reeder and two sophomores in Allie Amonett and Ella Kate Keisling. Pickett might be the most slept-on team right now, but by the time postseason play starts, I think that’ll change.

For the boys, I think it’s 100% Jackson County. I mentioned their three key players in Ramon Cuevas, Tre Monette and Jordan Arroyo, but I also really like the supporting cast around them. Particularly, Hayden Stacy sticks out because he’s a point guard that really values the ball and doesn’t turn it over much. Less turnovers means less opportunities for your opponent to get out on the break and score, and against a team with the defensive prowess of the Blue Devils, every possession matters. They’ll have a tough test in the very likely district championship matchup between themselves and York Institute, but I’ve been really impressed with what I’ve seen from Jackson County and think they could certainly make a deep run.

Noah: On the girls’ side, watch out for Red Boiling Springs. They suffered losses against Clay County and Pickett County, but knocked off Clarkrange on the road. They’re in one of the toughest districts in the state, and don’t have the recent success like Clarkrange, Pickett and Clay, but I think they have a path to the substate round and possibly Murfreesboro. They’re the perfect example of a sleeper team.

On the boys’ side, I’ve got to go with Smith County. The Owls are 14-4 and the favorites in District 6/AA, and do everything well. They fly under the radar, but it wouldn’t surprise me if the team from Carthage ends the season in Murfreesboro. If they get on a run, they could come home with a gold ball.