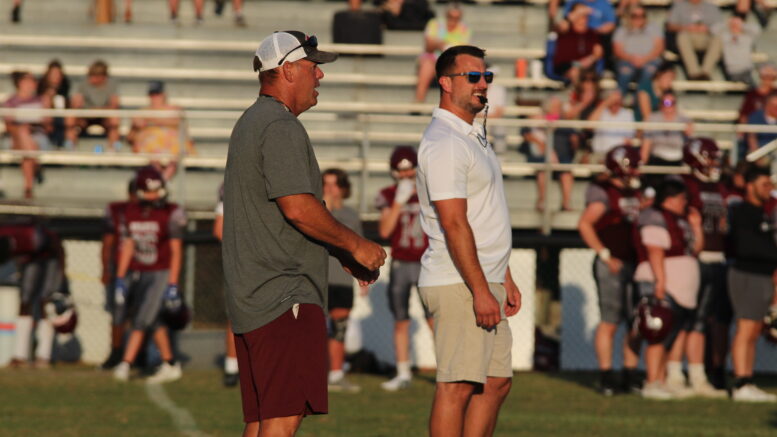 Mark Frasier is stepping down as head coach of White County football, he confirmed to UCR on Monday.

Frasier, who took over the team prior to the 2019 season, led the Warriors to a 24-17 overall record including a 9-3 record in 2022 which featured the first postseason victory in school history.

“When I started four years ago, I told them I would coach while my son played,” said Frasier. “I told them at the time I would coach four years… and then hopefully get the program in a spot it could continue to be successful. It’s turned out to be pretty good so we’re excited with where it’s at. I really enjoyed it but it’s time for me to give somebody else a shot.”

Frasier became head coach in the midst of a 24 game losing streak, now he is leaving a program that is building a winning tradition.

“I’m very proud of the kids and the program and what we’ve accomplished,” said Frasier. “It was a big step forward. We hadn’t won a game in three years and you go in and never had a losing record. I thought we got better every year. We were five points away from being undefeated in a season. That’s a lot about the kids and not a lot about the coaching, but I do think the system is in place and I feel really proud about that.”

There is a newfound buzz around Sparta football, which Frasier said was one of his biggest goals.

“The community is back at the games,” said Frasier. “The atmosphere is good now. My whole deal was I wanted to be able to go watch football at Sparta and be competitive and me be able to sit in the stands and cheer at a Sparta High School football game. I think we’ve got to that point now.”

Frasier said he will return full-time to his original day-job, building homes.

“I’ll be cheering like crazy on Friday nights and go back to my real job, and maybe build a few more houses,” said Frasier.