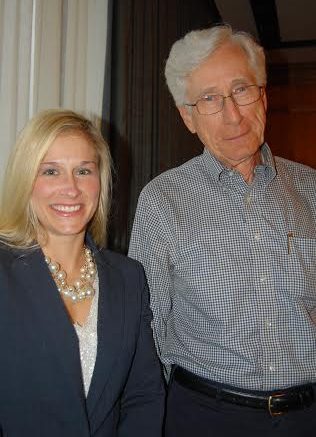 Joe Albrecht formerly held a seat on the UCBC from 2006-2012.  He returned to the board in February 2015.  Joe currently serves on the Executive Board as Treasurer.  He also serves as Chair of the UCBC Finance Committee and sits on the Strategic Planning Committee. “WCTE is critical to the Upper Cumberland region and I am proud to serve on the Upper Cumberland Broadcast Council,” says Albrecht.

Kelly Swallows formerly held a seat on WCTE’s Community Advisory Board and was asked to step up to the Council in February 2015. She also sits on the Development Committee for the UCBC.  Swallows enthuses, “It is an honor and a privilege to serve on the Upper Cumberland Broadcast Council. Any way I can give back to the station who gives our community so much is time well spent. My involvement with WCTE has been memorable by serving on the Advisory Board, being the WCTE-TV Run For Your Mama 5K race director since its inception, and the opportunities the WCTE team has provided me to appear on the air for commercials and the Discover the Upper Cumberland series.”

The Upper Cumberland Broadcast Council holds quarterly meetings that are open to the public.  For more information, visit wcte.org/about/board-directors.