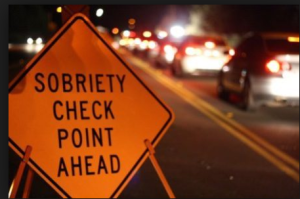 PUTNAM COUNTY, TN – As the Safer Communities Campaign enters its second month, Sheriff Eddie Farris and the Putnam County Sheriff’s Office are planning to run sobriety check points in locations throughout the county starting next week and running through December to enforce safe driving during the holidays.
“We want to remind everyone that driving under the influence of alcohol or any kind of drugs is illegal and can have devastating consequences,” said Sheriff Farris. “Let’s all drive responsibly this holiday season so that no one has to deal with the loss of a loved one. If you are going to attend a party, make sure you have a designated driver or call a taxi.”
According to Major Jimmy Eldridge, Commander of the Putnam County Sheriff’s Department Patrol Unit, a special task force has been developed for the Safer Communities Campaign. This group of 5-6 patrol deputies has been conducting security checks on businesses and churches during the month of October and will now begin setting up sobriety checkpoints throughout the county. “The goal is to focus on two districts at a time until each district has had at least two security sweeps and at least eight sobriety check points have been conducted countywide,” said Eldridge. “Our goal is to make people feel safer in our community.”
Business owners, pastors and community members are encouraged to contact the Putnam County Sheriff’s Office if there is a problem in their area.  Enquiries for patrols should be directed to Major Jimmy Eldridge and Sheriff Eddie Farris at (931) 528-8484.

Fourth of July Celebrations…Come out and Celebrate in Overton County, TN!