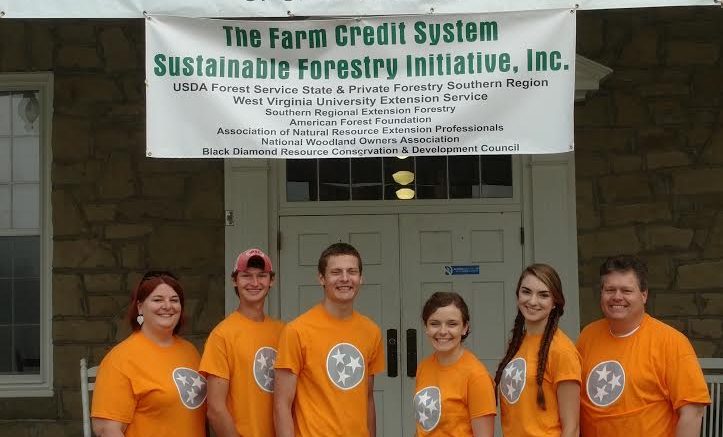 Learning to identify trees is not easy. Sure most people can name some of our more common trees in middle Tennessee, but can you identify a western redcedar, a Sitka spruce, or a tamarack? These are just a few of the new trees the Putnam County forestry judging team had to learn in preparation for the national contest. The team of Emily Welte, Hannah Steger, Dawsen Arms, and Luke Welte represented Tennessee in the National 4-H Forestry Invitational held in Weston, West Virginia. The team returned home with a 5th place finish in the national event. This was only the third time a team from Putnam County has competed in the national contest during its 38 year history.

Their journey to the national event began last fall when they competed in the state contest. After a long day and a close finish, the team earned State Champion honors. Forestry Judging is a challenging contest, the youth must learn to identify various trees, insects and diseases that affect trees, conduct tree measurement, learn to use a compass and complete a forest site evaluation. At the national level there is the addition of reading topographic maps, a written exam and a forestry quiz bowl. The forest site evaluation and quiz bowl are team events. Emily said, “Because of the forestry judging competition, my love for trees and the outdoors have grown tremendously.” Hannah added, “By competing in forestry, I’ve discovered a love of trees that I never knew I had.”

The contest is held at the historic Jackson’s Mill 4-H Camp in Weston. Their first full day was spent meeting new people and trading state items at the “share fair”. The second day included educational sessions to help the team prepare for the contest. Specialists and industry professionals were on hand to help answer questions about each part of the contest.

That night they were treated to an exciting educational program “A Day in the Life at Jackson’s Mill” by the Jackson’s Mill Homestead volunteers.

The next day brought excitement mixed with nervousness since it was contest day. This is when the team would find out if their hard work would pay off. The national contest is conducted in two days. The first day is spent on the individual parts of the contest. After a long day of competition the teams were treated to an entertaining program called “Night Sounds of the Appalachians” presented by Kevin Dodge of Garrett Community College.

The final full day at the camp brought the team events were the teams completed the forest site evaluation or a summary of forest characteristics and management strategies based on a scenario. The team also competed in the quiz bowl and played a few exciting rounds before being eliminated. That evening the members participated in the forestry skills games. Luke and Hannah were 2nd in the cross cut saw event, and Luke and Dawsen were 2nd in the log rolling event.

The final morning at camp was time they had all been waiting for, the awards banquet. Perhaps the hardest part of any contest is sitting through the meal and waiting on the awards to be announced. Barely able to eat the team anxiously awaited the contest results. First the individual awards. The top 10 were announced, Hannah placed 9th, and Emily was 3rd place overall individual. They knew they had a shot at placing in the top 5 teams but it all depended on the team events.

Finally it was time for the overall results. The announcer continued with the team placings as the top 5 were called out. When the called out 5th place is the team from Tennessee, the team was excited. The team then contacted their families to share the good news.

When the team returned home they had time to reflect on their experiences. Emily stated, “I have learned a new set of skills that will benefit when I own my own property in the future. I have learned teamwork skills, and made lifetime memories with some of my closest friends.” Dawsen added, “I learned a lot of useful information and enjoyed making friends from across the country.” Hannah said, “I grew closer to my teammates, met new friends, and made memories that I will never forget. I will always be a tree nerd!”

It was an honor for them to represent Putnam County and Tennessee at the national forestry judging event. Their experiences are ones that will last a lifetime and the skills they gained will be beneficial throughout their adult lives. 4-H judging teams are truly working to help our youth live up to the 4-H motto “To Make the Best Better” as youth work to improve themselves and learn new life skills through 4-H programs.

For more information about 4-H forestry judging or the Putnam County 4-H program contact the office at 526-4561. 4-H is a program offered through the University of Tennessee Extension. Extension programs are open to all youth in grades 4 – 12. 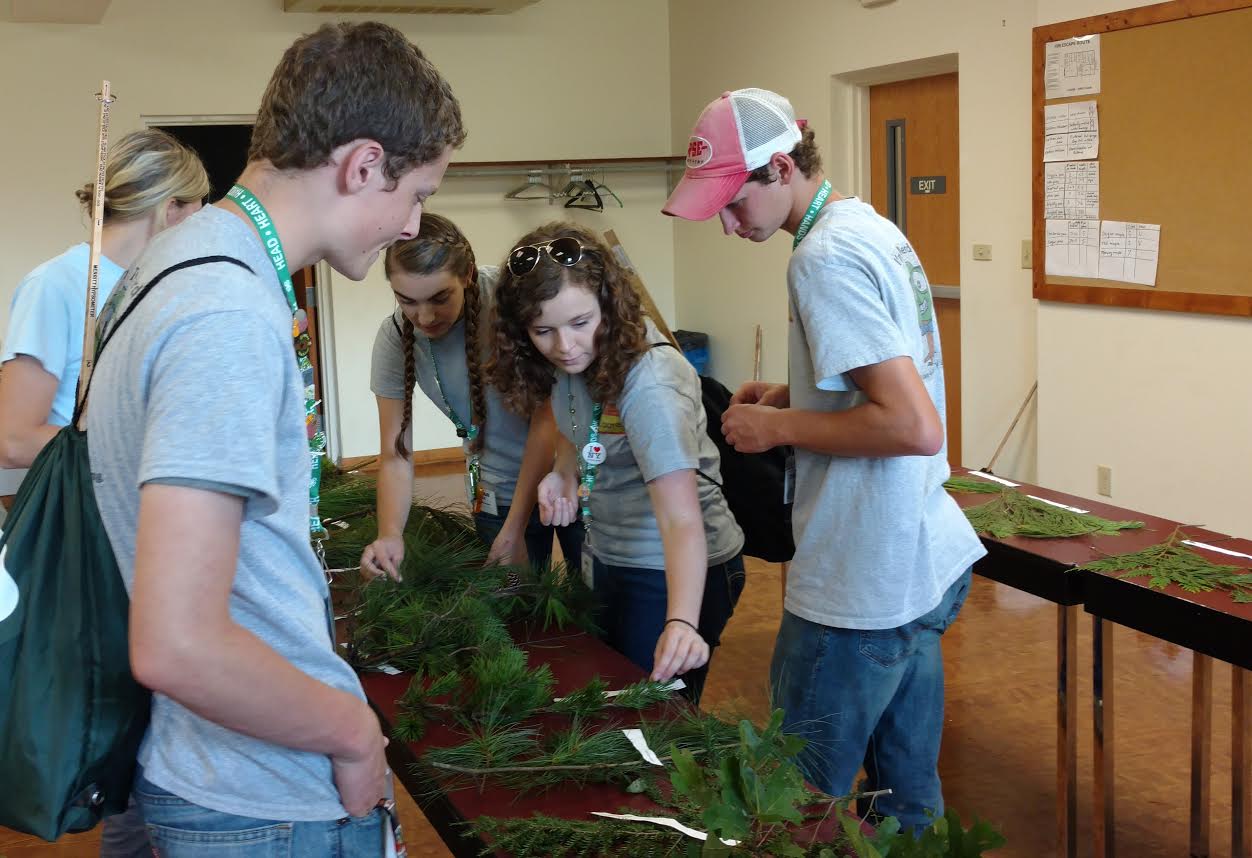 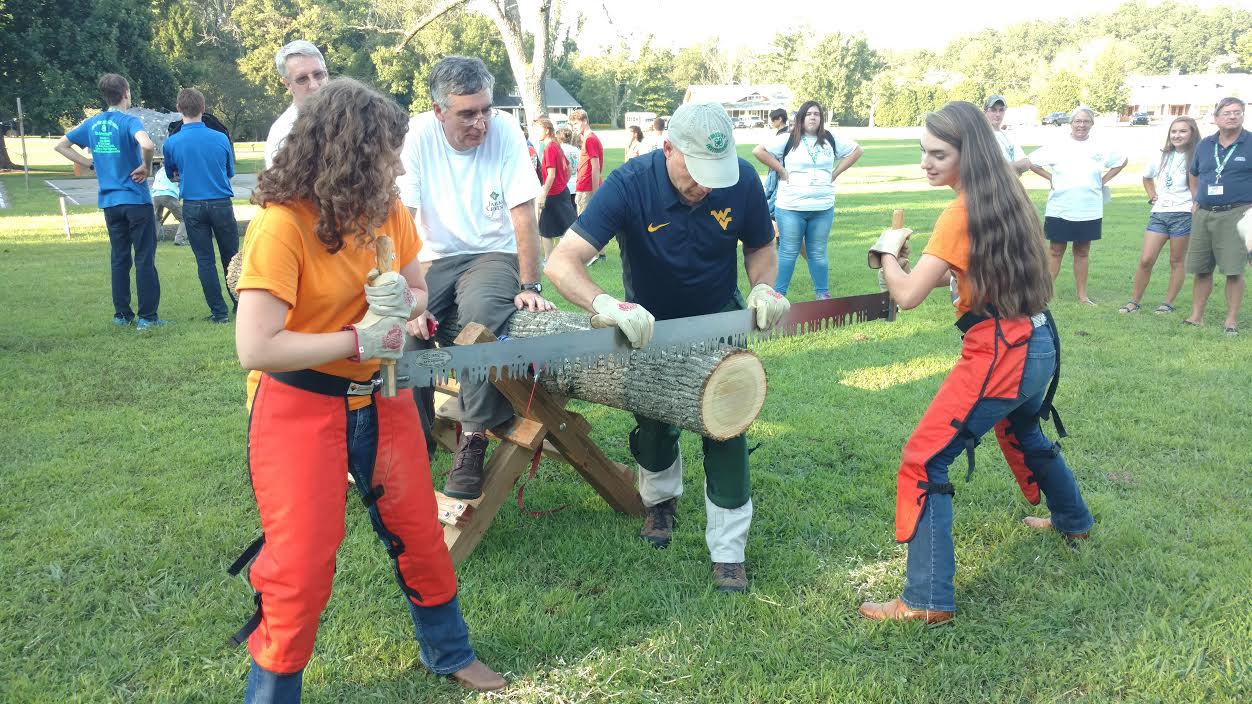 Vital Student of the Month