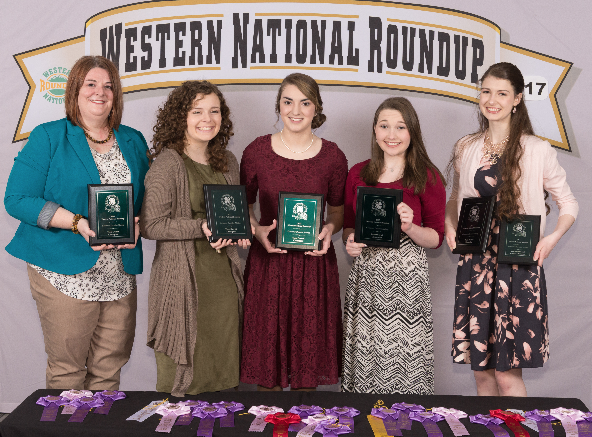 Being a wise consumer is not easy, especially in today’s society where overspending and increasing debt are common. Teaching 4-H members about selecting products based on quality of construction, numbers of times to use, and price helps them to become better stewards of their money and make better choices while shopping. The Putnam County 4-H Team gained these skills while competing in the National Consumer Decision Making judging contest held in Denver, Colorado. The team of Hannah Bernhardt, Shelby Mainord, Emily Welte, and Hannah Steger returned home as National Champions after a challenging contest at the national event. This was only the second time a team from Putnam County has competed in the national contest during its 18 year history.

Their journey to the national event began in October, when they competed in the state contest. After a long day and a close finish, the team earned State Champion honors. Consumer Decision Making judging is a challenging contest, the youth must learn to rank consumer products based on a scenario, give oral reasons on the classes, and also participation in team event called group think. The team studied materials on 12 different consumer products, such as checking accounts, renting formal wear, backpacks, fast food, and wearable technology. In the group think activity the team is scored on how well they can work together as a team to develop a solution to a problem and give a short presentation on that solution. This activity helps prepare the 4-H youth for working with different people and scenarios once they join the workforce. Emily Welte stated, “I enjoyed getting to meet new people and spending time with my teammates. From tubing to competing, there was always a new adventure around the corner. I’m so thankful that I had to opportunity to go on this trip and that I have amazing parents, 4-H Agents, and friends to help me get there.”

Perhaps the hardest part of any contest is sitting through the meal and waiting on the awards to be announced. The Awards Breakfast is held the day after the competition. Barely able to eat the team anxiously awaited the contest results. First the individual placing awards. Hannah Bernhardt was 3rd place in the class placings and the team was 1st place. Next up were the oral reasons awards. Hannah Steger was 2nd, Emily Welte was 3rd and Shelby Mainord was 5th and the team received 2nd place.  Group Think results were announced next and the team once again received 1st place. At this point there was some laughter and a few tears as the team realized they were close to winning it all.

Finally it was time for the overall results. The announcer started with the overall individual awards. Overall awards are a combination of the individual’s placings and reasons scores. Hannah Bernhardt was the 2nd place overall individual in the contest. Overall team awards are a combination of the team members placing and reasons scores along with the team’s group think score. As the announcer started in 5th place, the girls held their breath. When he said “The 1st place team overall is from Tennessee” there were squeals of excitement and laughter from the team. Their hard work had paid off and they were National Champions. The team then contacted their families to share the good news.

When asked about the experience Hannah Steger said, “We were honored to attend the national contest. It was so surreal to win the region and state level and now at the national level. I had such a great time with my teammates. It was unforgettable!” Shelby Mainord added, “Although winning is very satisfying, the skills we gained throughout this experience, will help mold our futures, and help us lead the way for others to follow.”

While in Denver the team enjoyed snow tubing at the Historic Fraser Tubing Hill, toured the Molly Brown House, visited the Rocky Mountain Arsenal National Wildlife Refuge, and enjoyed an afternoon at the National Western Stock Show. The team also enjoyed a meal of elk and buffalo at the Buckhorn Exchange, the oldest restaurant in Denver dating back to 1893.

It was an honor for them to represent Putnam County and Tennessee at the national Consumer Decision Making judging event. Their experiences are ones that will last a lifetime and the skills they gained will be beneficial throughout their adult lives. 4-H judging teams are truly working to help our youth live up to the 4-H motto “To Make the Best Better” as youth work to improve themselves and learn new life skills through 4-H programs. The team wishes to thank their many sponsors and donors for their generosity in making this trip possible for the team. Hannah Bernhardt said, “I’m thankful for all of the support from our community that allowed us to take advantage of this amazing opportunity.”

For more information about 4-H judging teams or the Putnam County 4-H program contact the office at 526-4561. 4-H is a program offered through the University of Tennessee Extension. Extension programs are open to all youth in grades 4 – 12. 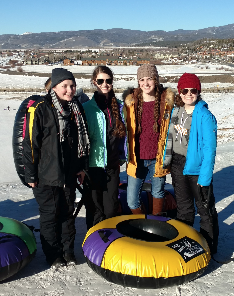