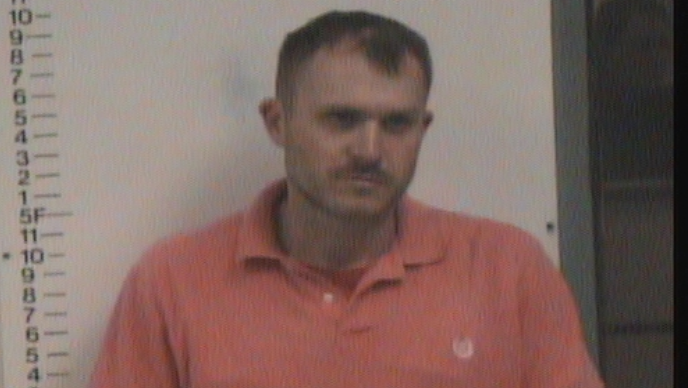 COOKEVILLE, T.N., — A Cookeville man is arrested for allegedly being in possession of several controlled substances including methamphetamine.

Jonathan K. Shockley, 34, was a passenger in a vehicle that was allegedly traveling on Scenic Drive in Cookeville when the vehicle saw a patrol car belonging to the Cookeville Police officer and made a sharp turn to avoid passing the officer.

According to the report, the officer stopped the vehicle and positively identified Shockley. Shockley admitted to have been packing a cigar with marijuana when he saw the officer’s vehicle and that he had dropped the marijuana. The report states that the leafy green substance was all over the seat in plain view of the officer.

A search of the vehicle revealed that marijuana was not the only drug to be found with the vehicle. The report states that several baggies and a set of scales were found within the vehicle and  a white crystal substance that appeared to be meth. The officer allegedly also found a magnetic box on the undercarriage of the vehicle that contained multiple baggies with 17.5 grams worth of a brown substance believed to be marijuana, six morphine pills and 68 Xanax bars.

Shockley is charged with three counts of Manufacturing/ Selling of a Controlled Substance. His total bond is set at $15,000.