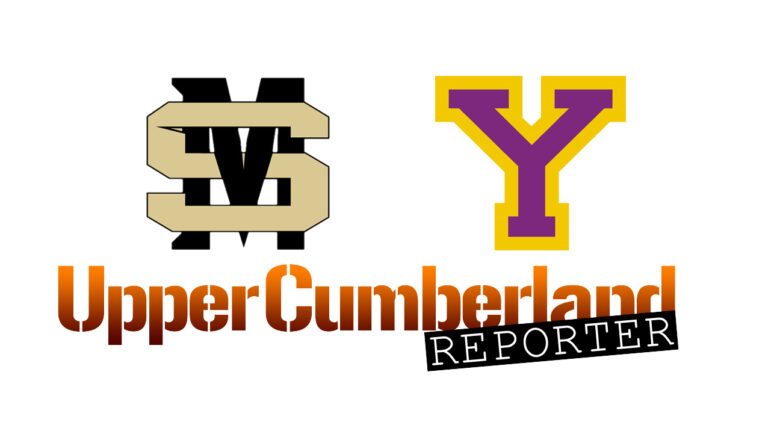 Two of the Upper Cumberland’s top football teams face off in Jamestown tonight as the AP No. 9 Stone Memorial Panthers travel to York Institute.

The Panthers (5-0, 2-0) are fresh off a 15-14 win over the Upperman Bees, delivering UHS their first region loss in five years. SMHS is ranked No. 9 in the Associated Press Class 4A rankings.

“Our focus within our team has been on York,” said SMHS head coach Derik Samber. “There’s a balance there. Preparation for York honestly started in week one. As a team, there’s not been any talk about Upperman. We turned the page on that on Monday. From a community standpoint, we hope they can enjoy it and tell the stories for years to come. But we can’t read our own headlines tonight.”

York Institute enters Friday at 4-1 overall and 2-0 in Region 2-2A play. The Dragons took care of business against Oneida last week, 28-14.

“They (Stone) have a really good football team,” said York head coach Derwin Wright. “They’re balanced offensively and their quarterback is a lot like ours. I’m really impressed with Stone’s defense. They’re really scrappy, and coach Justin Qualls does great with them. They’re going to be a big challenge for us.”

“Some of the same pieces, but I really like the places they’ve got them,” Samber said on York. “Their scheme is really tough offensively, and it’s unlocked by a bunch of explosive athletes. From year to year is different. This year’s York team has so much speed and they play aggressively up front.”

“I watched that film last night, and Stone whooped up on York pretty good last year,” Wright added. “It’s not ideal to have such a good team for homecoming, but it’ll be a great challenge for us.”

Stone Memorial’s success starts under center with senior quarterback Hunter Heavilon, who has thrown for 926 yards and 11 touchdowns while completing 71.3% of his passes.

On the ground, Heavilon has 438 rushing yards and 4 touchdowns.

“Brady is mature beyond his years,” Samber said. “There are kids that play middle linebacker and kids that are born to be a middle linebacker, and that’s Brady. The way he prepares and takes pride in our defense is tremendous. It’s more than just his athleticism; from the neck up, he gives us an edge.”

Flowers contributes heavily on defense, including 49 tackles, an interception and a punt block returned for a touchdown. Blayten Flowers has 37 tackles defensively along with 21 by Cole Dayton.

Stone Memorial’s defense gives up less than 10 points per game.

“They’re taking pride in keeping points off the board and how they play every single snap,” Samber said. “We ask a lot of our kids, and they’re being selfless on defense.”

York Institute has already surpassed last season’s win total (3) and has no plans of slowing down now behind quarterback Myles Leffew. The Dragons have shown tremendous growth since their season opener against Bledsoe County, a 28-14 loss. YAI has reeled off 4 consecutive wins since week one.

“The growth has been huge, especially on the offensive side,” Wright said. “We opened up the first week against Bledsoe and were turning the ball over and making mental mistakes. We had 5 turnovers, and you’re not going to beat anybody doing that. The biggest chance for improvement is between games one and two, and we did that.”

Despite their strides, Wright still sees room for the Dragons to take another step.

“These guys still have to learn how to win,” he said. “We’ve won with twice with a large halftime lead and let the other team back in it. We’ve got to learn how to finish.”

The Dragons will lean heavily on TE/LB Bryson Bilbrey, who will play almost every snap for YAI. Aiden Thomas and Rylan Miller will also make their presence felt for the explosive Dragon offense.

For York Institute to defeat the top-10 Panthers, execution on both sides is key.

“Our O-line has to do a great job,” Wright said. “Stone comes at you; they’re a downhill team. They do a good job setting the edge and do a lot of things that make the wing-T tough.

“Our secondary has to do a good job, and up front, we’ve got to put pressure on their quarterback,” Wright added. “But it’s a double-edged sword because he has the ability to tuck it and run.”

For Stone Memorial to win at York, protecting the football is key.

“We can’t turn the ball over offensively and limit their explosive plays defensively,” Samber said. “Leaving points on the field that don’t make it to the scoreboard is huge. Defensively, we’ve given up some big plays in the passing game. 5-0 is great, but we’ve got a job each and every week.”

“You always love playing at home with your home crowd,” Wright said. “I’m glad we have this game at home, and hopefully our kids are motivated by it.”

Stone Memorial at York Institute is scheduled to kick off at 7 p.m.