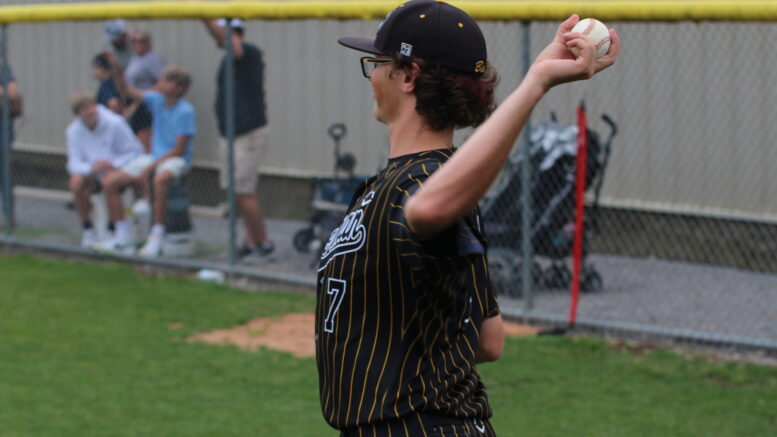 It just over a week ago when the the Upperman Bees reached the mountaintop of the Class 3A baseball world with a 2-0 win over Covington.

Eli Huddleston pitched a complete-game shutout, and Caden Colson drove in both runs with a double to left-centerfield in the sixth inning. Those two, deservedly so along with the defense, got most of the headlines when the final out was recorded.

As every sports fan knows however, championship runs like this are keyed by the little moments along the way that sometimes go forgotten in all the celebration. For example, Caden Shanks throwing five shutout innings in the state semifinals with seven strikeouts clinched the Bees’ spot in the championship game to begin with.

What if we look a little further back? Was there any moment that could’ve changed the Bees’ course if it happened any differently?

I’d argue one of the biggest moments came in Upperman’s second game at Spring Fling against South Gibson. With UHS up 5-4 in the bottom of the sixth, the Hornets put runners on second and third with no outs against starter Braden Williams. Sophomore Wyatt Curtis relieved him on the mound, and while a wild pitch in the middle of his first batter scored the tying run, Curtis managed to limit the damage to just that one run.

The lefty went on to pitch to throw three innings of scoreless ball with two strikeouts and only a single hit allowed. Colson went on to blast a home run in the top of the eighth inning to give the Bees the lead and Curtis closed the door and actually waved goodbye to the Hornets.

It’s not the first time the young southpaw has given Upperman a big lift when it needed it the most. With the season on the line in the District 7AAA Tournament, Curtis pitched four innings of two-run (one earned) ball and Upperman went on to win 7-6 over DeKalb County to reach the district championship.

For Curtis, coming through in the clutch for his teammates was the only motivation he needed whenever his number was called.

“I just wanted to come through for my teammates,” Curtis said. “Seeing their smiles whenever I come back in the locker room after a good game, it makes me fired up. I play with a lot of intensity out there, and I just carry on that energy to the team.”

His head coach has been equally impressed with his progress, knowing a reliever’s job is never an easy one.

“He’s in relief, so he’s the next guy up,” said head coach Wes Shanks. “He’s battled all year to become another consistent starter for us because he has nasty stuff as a sophomore, and he’s been so good for us all season long. This postseason run, I’m so proud of him as far as his growth and maturity.”

That next-man-up mentality is key for many relievers, but if you ask Curtis, he’ll tell you he has the exact same mindset for a relief appearance or a save opportunity that he does for a start.

“I’ve made a couple starts the season, so I look at it just like a start,” Curtis said. “It doesn’t matter what situation I’m going into. If I know I’m going to relieve that day, I’m going to go in and act like I’m starting…that way, I know if I go into the game, I’m going to be good.”

Shanks’ message to Curtis, as well as to the rest of his staff, is pretty simple when it comes to situations like the one against South Gibson.

“I tell them to locate and compete,” Shanks said. “Challenge guys. In 3A baseball, guys are going to hit so you’ve got to keep guys prepared…it’s been a blessing to watch this staff go out there and compete against other high school talent. That’s the biggest thing I can take away from Wyatt Curtis, Eli Huddleston and the rest of the staff.”

The State Championship caps off a dream sophomore season for Curtis, who says his focus now will shift to seeing where he can improve and help his team in the 2023 season.

“I just want to help my team win every game I physically can,” Curtis said. “That’s my motto every day out there…whenever I’m in those big situations, I like to thrive in those. A lot of people like to say that, but I really believe I thrive in those situations. They help me learn.”